We thought it was just another night visiting Mama... then we saw her as we approached her room. She was hunched over, barely awake & drooling! My mother does NOT drool. She spills her food, spits out her food, misses her mouth & has always been very sloppy in the eating department, but she does not drool. I was scared, I really thought this was it. 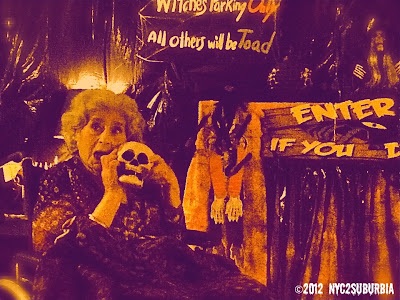 My husband & I looked at each other - we were worried. Something was not right & I felt a warm rush go through my body. I started to wave madly at her & gently tapped her foot as she sat in her wheelchair with the ball game on the television. She wasn't near the tv or even watching it... this was not typical behavior for Mama.

I started to panic & was overacting (a trait I learned from Dementia Mama Drama). I was talking loud, trying to get a reaction from her, but she just seemed very lethargic with no response. I wheeled her out of her room & had my husband try to talk to her as I spoke to the nurse on duty to tell her what was happening. I wanted to make sure she didn't have a stroke or was given different meds. I asked about her vitals, "Everything seemed fine", said the nurse. But somehow I wasn't feeling "fine" about the entire situation. I was scared for the first time, I was really scared. I did not want Mama to go out with a whimper, drooling & without a song or a smile!

We wheeled her into the activity room & tried to feed her some snacks & kept trying to keep her stimulated... nothing was really working. None of the usual tricks worked  - the cursing, the bad jokes, the singing, she couldn't even raise her arms to exercise. I went back to the nurses station & insisted she check her vitals again & get her opinion on the situation. Once again all the vitals appeared fine, so we made sure she was put to bed even though it was earlier than usual. I kept in touch with the nurse throughout the night as they ran a few tests. 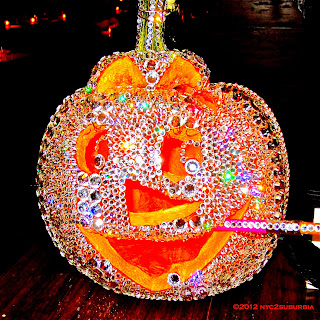 We were still anxious, nervous & uncomfortable all night. We hoped all would be fine in the morning. Tonight was very unusual... no card playing, no singing, no exercising, no laughing & no storytelling. When I called Mama later in the evening, we both said I love you (as we always do) but she was barely audible & told me she was saying her prayers. I told her to think good thoughts & not to worry. I was at a loss & could hardly sleep that night. I just kept thinking of the image of Mama drooling as I cried myself to sleep. The next morning we found out she had Pneumonia, which explained her scary behavior & was put on heavy duty antibiotics. It all really got to me because the previous week we found out that she has Myelodysplasia, a form of Leukemia. More Mama Drama... but this was a bit too dramatic, even for me to handle. This Halloween, Mama really gave me a scare!
Posted by Vin @ Dementia-Mama-Drama at 6:54 PM