"I Have No Options"

Before Dementia, before cell phones, Mama understood the concept of answering machines... almost. She would call & go on as though she was actually talking to me... sighing, cursing, asking questions, pausing. Fast forward to now when she has the nurses station call me on my cell phone. They call my cell & my prerecorded message comes on if I am not able to answer. 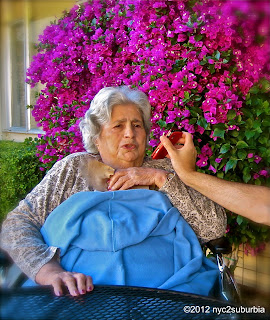 The consistent message that she leaves is: "Hello, hello, HELLLLOOOOOOO. Nurse, nurse, something is wrong with this phone. No one is answering, can you dial him again?" A few minutes later another message: "Hello, hello, HELLLLOOOOOOO. Oh damn it, no one is there, this phone is not working. They have the wrong number! No one knows what they are doing here. Hello, nurse - I don't know what's wrong. No one is answering, can you hang this phone up for me please? Helllllooooo Nurse, can you hang this phone up? Thank you. Ohhh, mother of God!"


When I visit her later that day, I go over the basic mechanics of the cell phone (again) & compare it to an answering machine. I let her hear my prerecorded voice & tell her when you hear this, you leave your message & not scream... "Hello, hello, HELLLLOOO." My prerecorded message ends with "please select your options." She says "I HAVE NO OPTIONS."

"They Make Me Forget" 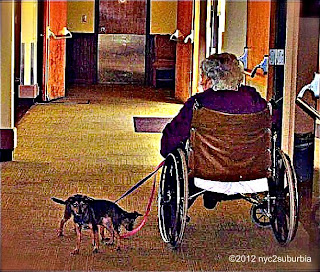 Anna: I LOVE the puppies! They make me forget.


Vin: Maybe you shouldn't love the puppies so much, IF they make you forget.


Anna: (She gives me a playful look & pauses) What did you say? (then she laughs)

I asked Mama what she knew about Alzheimer's Or Dementia; she didn't really want to talk about it. Her response was "I like what I am & that's it". Then she broke out into singing an original version of "Some of These Days" with her own special lyrics!
I usually don't put her on the spot about this subject, but I just wanted her take on it at this particular moment.
Some days that's how we deal with it...
Posted by Vin @ Dementia-Mama-Drama at 2:22 AM 2 comments: 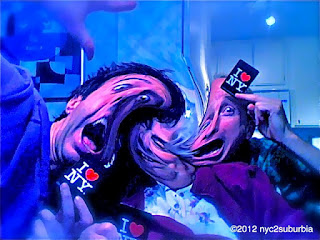 
Thanks for joining me on my roller coaster & please spread the word & follow us on our ride...
Posted by Vin @ Dementia-Mama-Drama at 3:19 PM 2 comments:

Alzheimer's can't wait. We need a federal commitment in order to change the course of Alzheimer's disease. Tell President Obama millions of families are counting on him to fulfill the potential of the National Alzheimer's Project Act.

Please sign the petition at http://www.alz.org/petition/
& have our voices heard...

Posted by Vin @ Dementia-Mama-Drama at 11:53 PM No comments: