Food was everything to Mama. Mama felt very strongly about her food. Truth be told, she was obsessed up until the end. Whenever a Holiday was near, we'd ask her what she wanted to have for dinner. It didn't matter if it was Thanksgiving, Christmas, Easter or a Birthday, it was always the same answer. She wanted macaroni and gravy... maybe a meatball. She'd never say pasta, it was always macaroni, just like it was always gravy, not sauce. I tried explaining the difference many times, but old habits die hard. 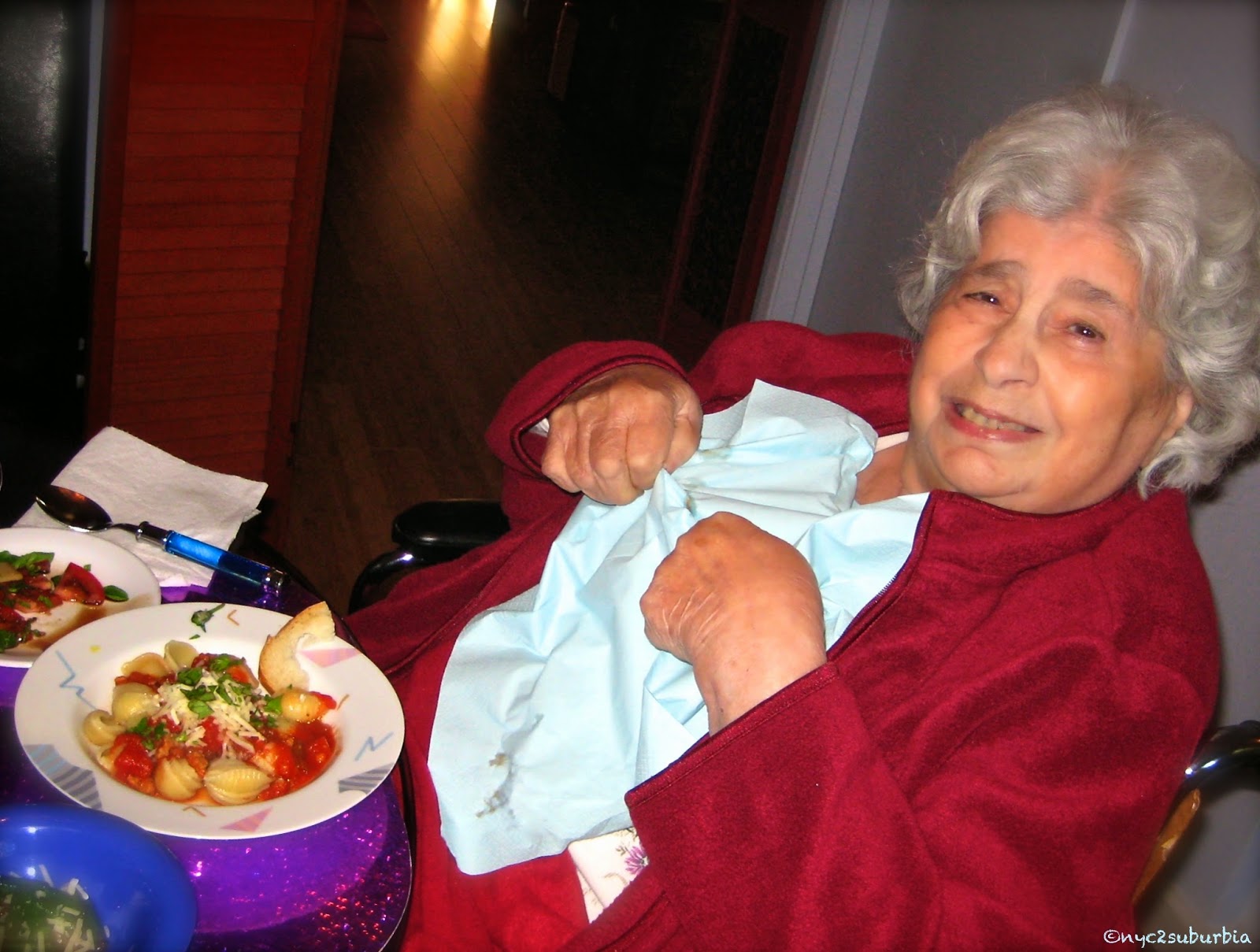 Growing up in an Italian family, pasta was the main event. Everything else was secondary, especially to Mama. Of course we'd start off with an antipasto. We'd have nonstop bread and rolls that never left the table. There'd also be either turkey, lamb, roast beef or ham. We'd take a break to play a few games or sing followed by a multitude of desserts with coffee - American coffee and Italian Espresso. Mama's most vivid memories (that Alzheimer's couldn't erase) was of her food and those special times around the dinner table with family. 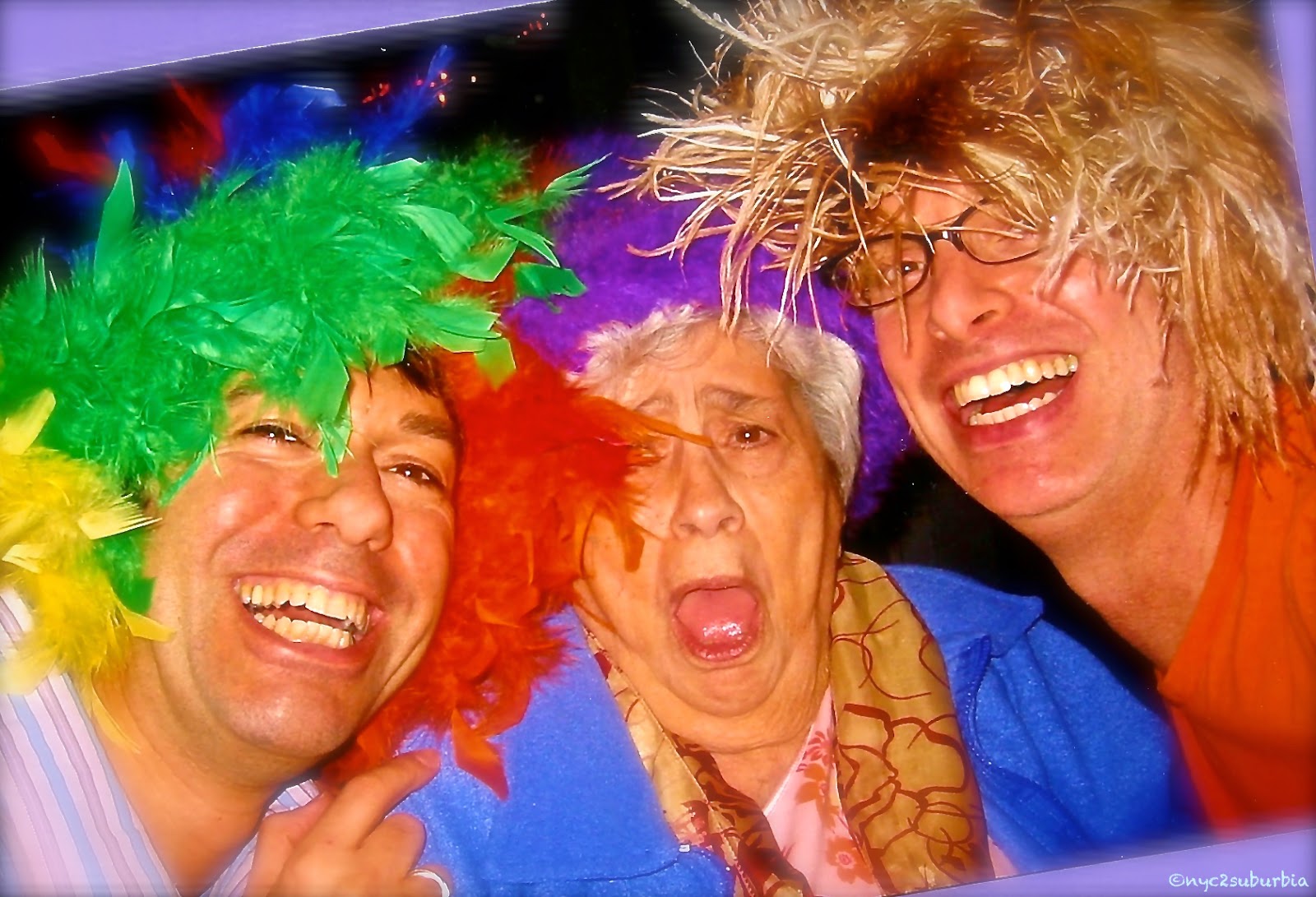 I remember a typical conversation we'd have about planning the menu. The main difference was that now there were only the three of us and she wasn't doing the cooking...

Vin: Mama, what do you want to eat on Thanksgiving this year?
Mama: What the hell do you think I wanna eat? What do I always wanna eat?
Vin: Pasta?
Mama: Of course, what's wrong with you? I want my spaghetti and meatballs or maybe ravioli. My mouth is watering just thinking about it.
Vin: Okay, Mama. We'll have your favorite dish again, as long as that'll make you happy. 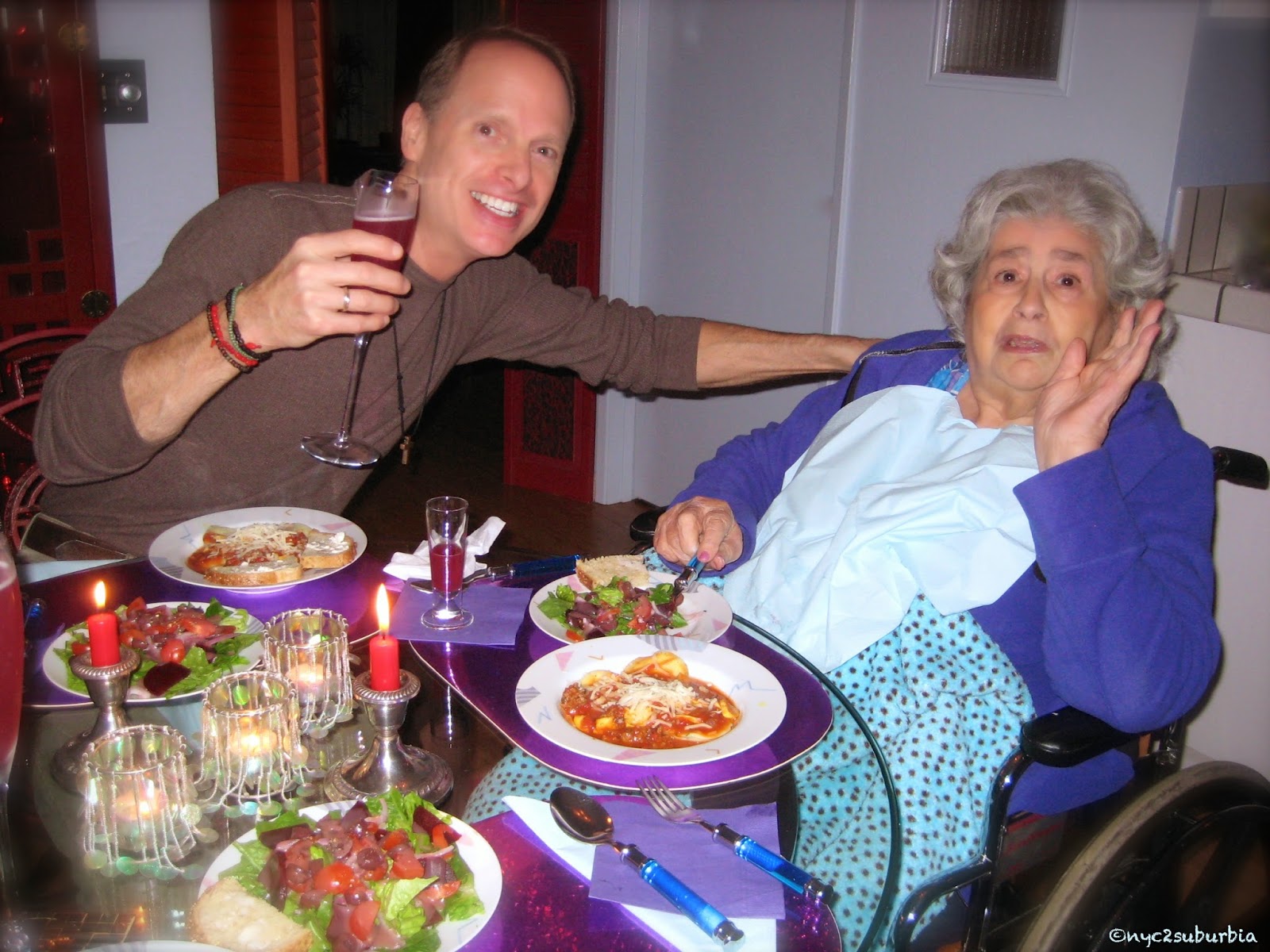 Mama: I'm coming over to your place ain't I?

Vin: Yes, you're coming over to our place. 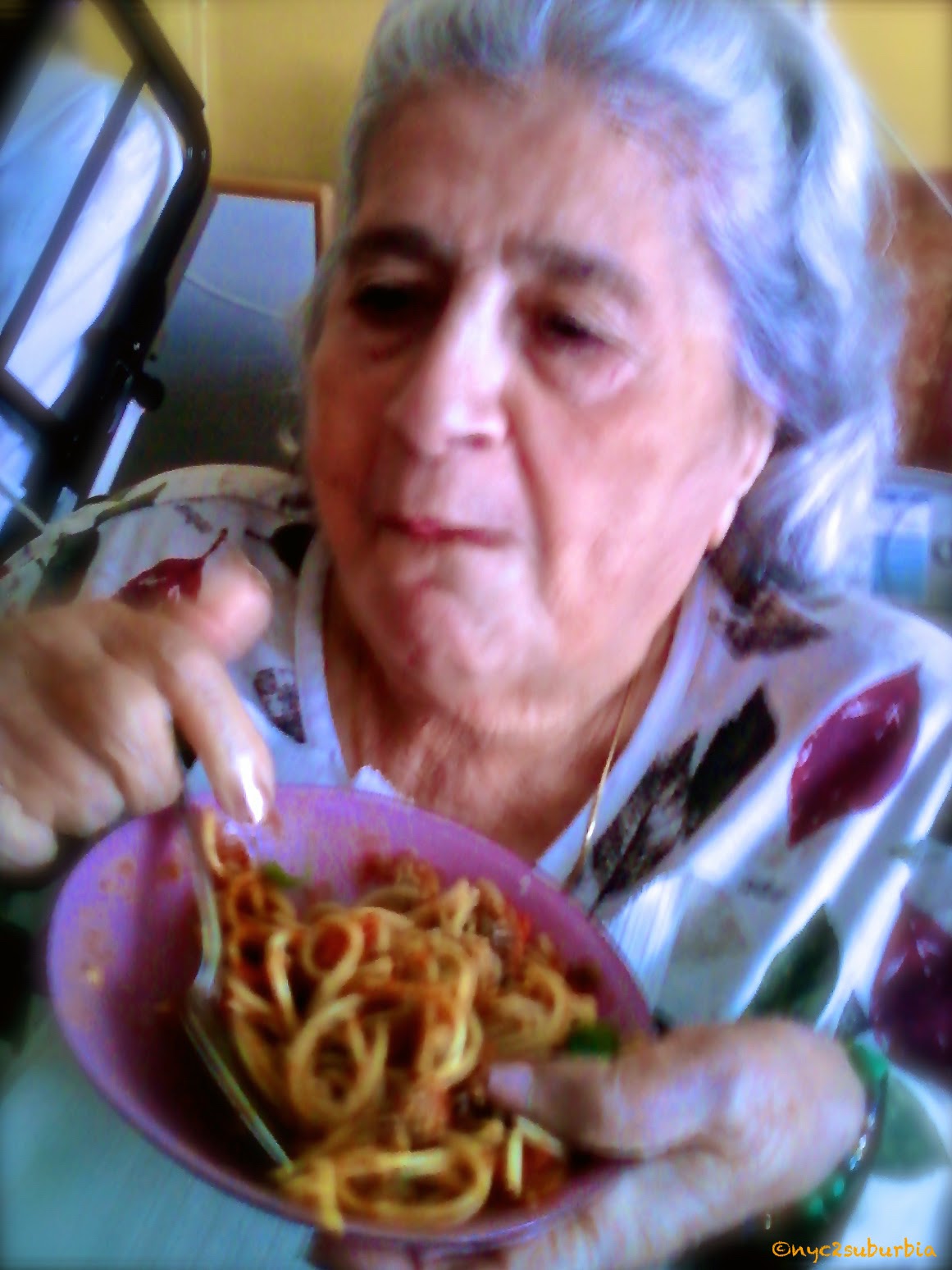 Mama: Then I'll be happy! Just make sure we have some macaroni with lots of cheese and some good Italian bread.
Vin: Okay, okay. Anything else?
Mama: Yeah, don't forget... we gotta have coffee and cake. Oh my God, I'm gonna dream about it tonight.

Having Your Daily Dose of MAMA DRAMA?
Caregiver or Advocate?
Show you care and spread the word with Dementia-Mama-Drama products

Posted by Vin @ Dementia-Mama-Drama at 12:05 AM No comments:

Mama loved music. She always loved to sing and was always a Broadway Baby. She'd sing at the drop of a hat. Okay who am I kidding? She'd sing with or without anyone dropping a hat. We took her to many Broadway shows and she loved every one of them. Sometimes I think she thought she was the star of the show. The last show we were able to take her to was "Minnelli on Minnelli" starring one of her favorites, Liza Minnelli. 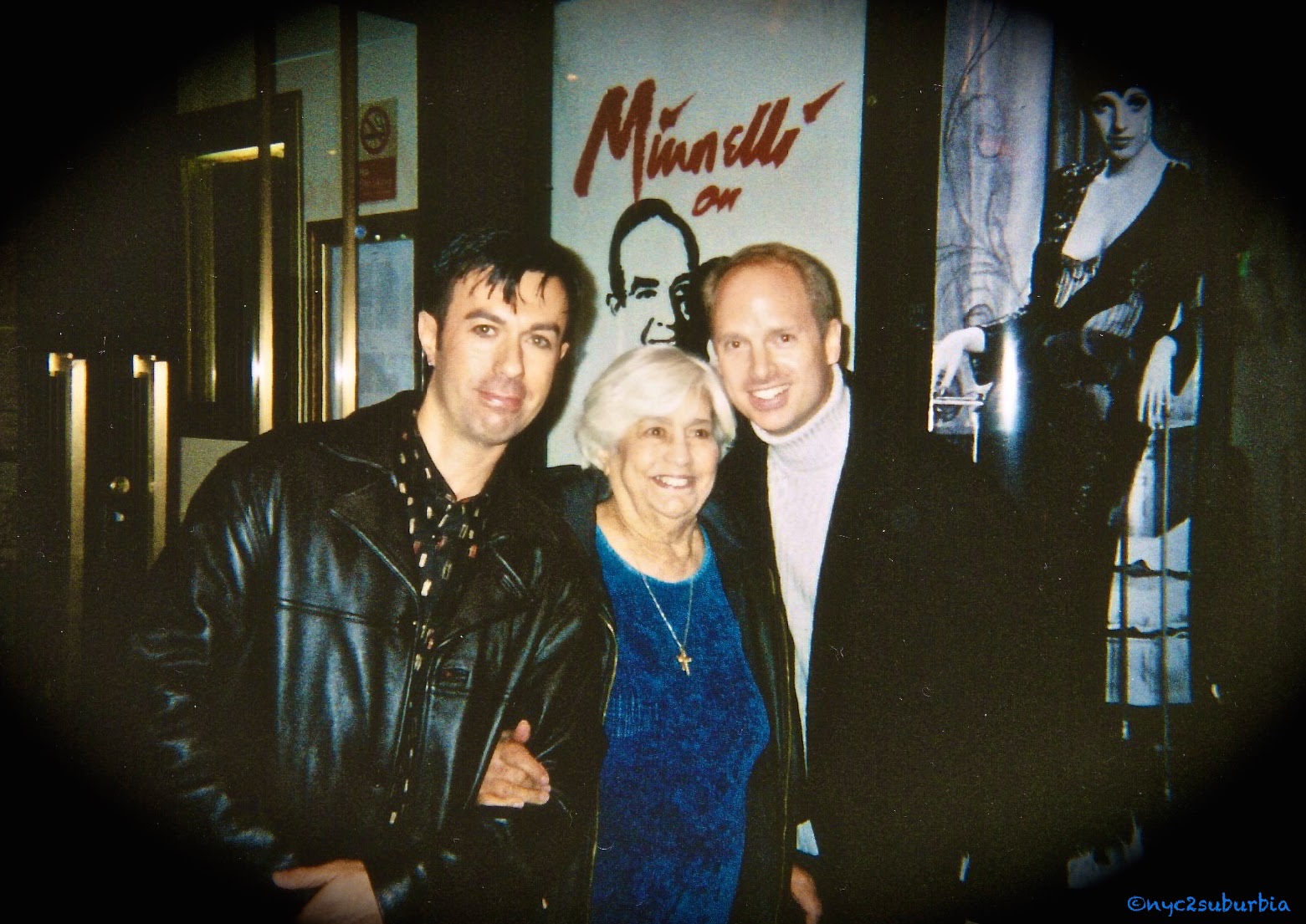 It was Liza's loving tribute to her father Vincente Minnelli saluting his movie musicals. He, like Mama, also suffered from Alzheimer's. Mama knew every song and sang along throughout the show. We were sitting close to the stage (of course) and at one point Liza looked at Mama as if to say "whose show is this lady?" I told Mama to put a lid on it and she did after rolling her eyes.

Almost a year after the show, Mama finally got to meet Liza and was in heaven. Liza was just what you'd expect - genuine and warm. She took the time taking pictures, telling stories and giving hugs. Mama told Liza that she named me after Liza's dad, Vincente... without the "E". They both laughed as Liza gave me a hug and called me "daddy." Mama was living in the nursing home then following a major operation and had just been diagnosed with Alzheimer's. After all this drama, the music may have stopped for many, but not for Dementia-Mama-Drama! She sang up until the very end, always the "Broadway Baby". She forgot many things but vividly recalled meeting Liza and always remembered the words to her favorite songs. Here's a short video of Mama singing her version of "Give My Regards to Broadway."

(If you can't view the video above, click this Link: Mama Gives Her Regards to Broadway)

Mama was a trooper and knew that the show must go on. She was very excited that we were writing our play "Some of These Daze". After all it was all about her, she was finally the star. I swear it must've kept her going even when her body started to fail. But remember, Mama was always a Broadway Baby!

Having Your Daily Dose of MAMA DRAMA?
Caregiver or Advocate? Show your support with Dementia-Mama-Drama products 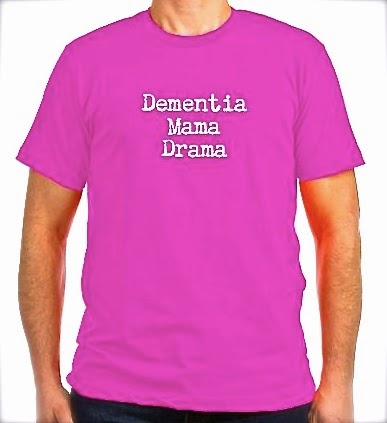 Posted by Vin @ Dementia-Mama-Drama at 1:31 AM No comments: