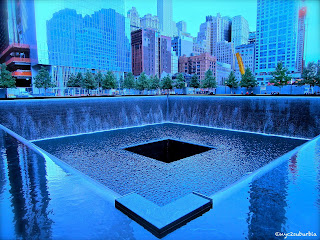 I'm reposting this in memory of Mama and the anniversary of 9/11.

Even as a child I never lied to Mama. Okay maybe during the teenage years when I stayed out past my curfew or answered "no, I haven't been drinking." I've always told it like it was to both my parents... even after Mama was diagnosed with Dementia over ten years ago. When problems were going on in my life, when family members died or when something bad happened, I told Mama the truth. That's the way I did it. 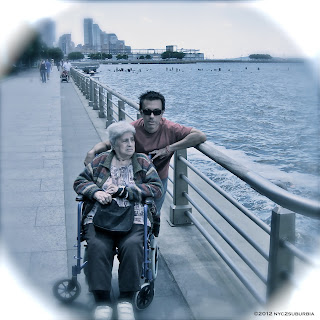 9/11 was no different... I felt Mama had to be aware of the tragedy. It didn't matter on what level she'd get it, I thought it was important for her to know. After all she'd be seeing it on TV and in the papers. We lived downtown in NYC and The World Trade Center was not far from us and her Nursing Home. In the first few days we weren't even allowed to cross certain streets without showing ID's - that's how close we were. 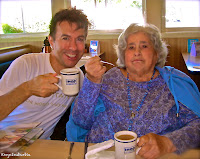 On that horrendous morning right after the towers were hit, I ran over to get Mama. I wheeled her into the middle of the empty street so she could see and hear what was going on all around us. We were able to see the flames at the top of the burning buildings. She didn't seem that interested, she just wanted to eat pancakes, but the fact was that we were there together! We'd make our daily visits to the West Side Highway by the Hudson River to watch recovery workers head downtown as we joined the crowds cheering them on.

On the anniversary of September 11th, I'd ask Mama what she remembered about the day. Her answers varied, but usually she'd remember the flames, people walking in the empty streets with no cars. It's odd how certain things remained in her mind - even with Dementia. It brings new meaning to the slogan "Never Forget". 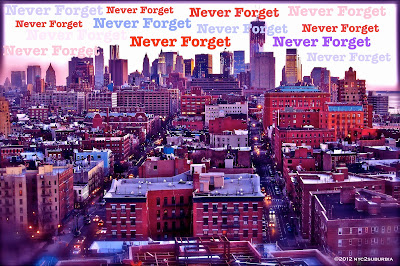 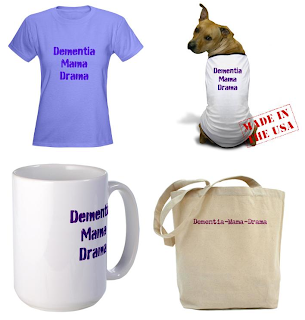