Even before Mama was diagnosed with Dementia, a parent/child role reversal was often there. I remember when I was ten years old and Mama came home late from a doctor's appointment. Of course I was worried... 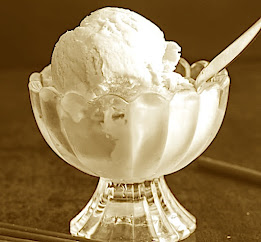 Years later in the nursing home, Mama's doctor visits were becoming more frequent. I began to worry even more...
Vin: How was your doctor's visit today? What did he say?
Mama: Oh, I'm just sick and tired.
Vin: He said you're sick and tired?
Mama: No, he said I'm fine.
Vin: You're fine?
Mama: Yes he said I'll be fine when my son gets me the hell out of this place.
Vin: I'll ask the doctor about that. Do you want some ice cream?